The cycle of daily life on the Lake

Ulrike Hertig talking about the responsible way to handle resources

Ulrike Hertig is a trained civil engineer – a woman in a technical profession, who is fascinated by bridge constructions. During her studies, she discovered environmental technology, which combines ecology, engineering and the people in her area. In 2002, Ulrike Hertig then took over the management of waste disposal operations in the area around Constance and a team of about 100 employees. A responsible task.
We need on average 120 litres of water daily – each and every one of us. The waste water which still flowed into Lake Constance about 50 years ago almost had dire consequences for the Lake. In the 1960’s and 70’s, there was the threat of eutrophication.
Lake regions are ecologically sensitive areas with a rich natural diversity due to their natural circumstances. This is also the reason why Ulrike was attracted to Lake Constance: nature. In her daily work she is dealing with the topics waste and water. Both of these areas are essential subjects for the improvement and maintenance of our environment.
This was also recognised by the residents of the Lake which was threating to lose its ecological balance, and the surrounding cities on Lake Constance became active and finally founded the International Water Protection Commission for Lake Constance (IGKB) in 1959. Thus, an international convention was signed protecting Lake Constance between Switzerland, Austria, and Germany. A great success, which has lasted until the present day.

Today, sewers have been built under the entire city of Constance, which collect waste water. The first pipes were already built in 1850. Today, Constance has about 295 kilometres of an underground pipe network - for many people something unimaginable. This takes the waste water to be purified to the sewage treatment plant, for which Ulrike Hertig is responsible as manager of the waste disposal operations in Constance (EBK), amongst other things. The sewage treatment plant in Constance was put into operation about 50 years ago; very belated, when looking back today. But the plant in Constance was still one of the very first!
In the sewage treatment plant, waste water is cleaned so that it can be fed back into the water cycle of the Lake again. Also, the neighbouring towns of Reichenau, Allensbach and Kreuzlingen are connected to the Constance sewer network. Thus, the plant in Constance is the largest sewage treatment plant on Lake Constance. In their work, employees of the EBK make an important contribution to maintaining our ecological system and thus Lake Constance to Europe’s largest reservoir for drinking water.
And the sewage treatment plant in Constance can do even more:
using innovative technology, the EBK is able to extract the energy required for operating the plant from the sludge. Thus, there is an additional energy cycle here in addition to the water cycle. The gas produced during the treatment process is converted into electricity and heat in a block-type thermal power station. The EBK can cover more than 60 % of its own electricity requirement and more than 80 % of heating needs.
For its services, the EBK has been issued with an environmental certificate every year since 1998 and the “ecological model region of the Lake Constance area” is referred to with regard to water protection far beyond its borders. In its environmental declaration, which can be read online, the EBK defines new goals annually and is continually working on improvements – to operational work and our environment. 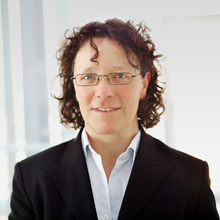 Has lived on Lake Constance since 11 years

„Shipping is the driving force here on the Lake.“
Norbert Reuter