From the middle to the south of Germany

"Give every day in your life the chance to be the most beautiful." This quotation motivates Anja Brauner - Economics and Tourism Officer for the town of Herbertingen - in her daily life. Just a few years ago, making a trip to Lake Constance was for her almost like going "halfway around the world". But in late 2009, Anja Brauner made a job-related move from the middle of Germany to the beautiful Lake Constance area. It was a big step to take alone, but one she has never regretted. Because she not only got to know the region in the past few years, but also to love it.
Anja Brauner is dedicated to tourism and economic development in the community of Herbertingen, situated to the North of the Lake Constance four-country region. With her knowledge and skills, it is her goal to increase the attractiveness of the region for tourism and to strengthen the local economy. Herbertingen is not only one of the largest employers in the region, but is also known for its early Celtic princely residence “Heuneburg” far beyond its regional borders. Anyone interested in experiencing history in the Celtic Museum Heuneburg or who is looking for recreation in the Leisure Centre Schwarzachtalseen, is in the right place. Herbertingen and its surroundings are also suitable for taking a day trip.
In her leisure time, the “outsider” makes use of the regional opportunities being offered, cycling, enjoying nature and the Swabian cuisine. 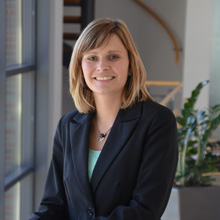 Has lived on Lake Constance since End of 2009

Pleasure Tip: View from the Wilhelmshöhe in Hagnau looking over Lake Constance and the fireworks display at the Constance Night Lake Festival

Pleasure Tip: Dining on the lake promenade Meersburg at sunset

„I work as a cross-border commuter and pass on the practical experience gained in my job as a EURES Advisor to others.“
Susanne Müller-Koberstein, 44

„“The art border was the start in a new lived border culture” (quote from the Swiss Federal Chancellor of the day - Annemarie Huber-Hotz).” I like to come here myself and let the sculptures have their effect on me. I find it has become a good place“
Johannes Dörflinger, 72